There’s a growing body of research on APS, especially in the last few years. This includes academic algorithms and systems, commercially developed systems, as well as open source-designed systems.

One easy way to get an overview of the APS studies at a high level is to look at a “meta-analysis” of the APS studies. A meta- analysis is a review of data from a number of independent studies of the same subject, in order to determine the overall trend. One recent meta-analysis done in 2017 (Tsapas et. al, BMJ) , for example, reviewed 40 studies that involved more than a thousand participants. 35 of the studies were for single- hormone APS; 9 studies looked at a dual-hormone system. The conclusion of the meta-analysis was that time in normal glucose range increased significantly with APS use, both overnight as well as overall. It also reduced time spent low, and usually also decreased time spent high. The study also noted some limitations of current APS research: most individual trials involved small sample sizes and short follow-up duration.

The open source or “DIY” systems also have a growing body of research. There are four categories of studies that have been done or are in progress: self-reported; retrospective; observational; and prospective, randomized control studies.

For example, the first study done on DIY systems is the 2016 OpenAPS Outcomes Study. 18 of the first 40 “loopers” self- reported their outcomes using OpenAPS. As in the meta- analysis above, time in range increased, A1c decreased, and other improvements were seen. However, this is self-reported data so this is considered to be a lower level body of evidence.

To address the criticisms, another study was presented in 2018 as a follow up. Although again the number of individuals studied was small - in this case due to the stringent criteria for inclusion - the outcomes were similar. This time the study was retrospective, based on data collected by individuals before and after they closed the loop.

Prospective studies have also been done, using DIY technology. Users of AndroidAPS (the DIY system that uses the OpenAPS algorithm in an Android phone application, connected to a Bluetooth-capable pump) were enrolled during a ski camp to compare the outcomes against a predictive low-glucose management (PLGM) system. This wasn’t quite an apples to apples study: the PLGM system only tries to prevent hypoglycemia, whereas AndroidAPS will attempt to correct both hypo- and hyperglycemia. And, the numbers were small: 10 AndroidAPS users and 12 PLGM users. However, this study (Petruzelkova et al) was notable because it concluded that AndroidAPS was a safe and effective alternative to a commercially available PLGM.

The same researcher recently presented a study at ATTD (a European scientific conference focused on diabetes technology), analyzing both a retrospective group of Android APS users (n=34) as well as preliminary results of in-silico testing. Again, the results of real-world use match the in-silico testing to find time in range increasing, time spent low and high decreasing, etc.

And what about prospective, randomized control trials of DIY technology? Well, those are coming, too.

If you’re interested in a particular system you’re considering, the results from the big studies are usually available at a high level, and sometimes in full detail via abstracts or posters from scientific conferences. You can also usually find them easily via a search engine.

However, sometimes journals are “paywalled”, meaning it asks you to pay for a certain article to get access to read it. Sometimes there may be a previous version posted as a poster, or written up in a subsequent meta-analysis. But one little- known method for accessing research? Emailing the author directly! Usually, the copyright agreement for a journal submission allows personal use of the article on a researcher’s own website (as long as it’s for non-commercial use). Not everyone posts their work on their websites - but every researcher I’ve ever emailed has been willing to email back a copy of their article! So if you see research that you want to read, contact the author and ask for a copy of their research.

You can also ask your fellow community members for help. Some individuals work at universities or otherwise have access to journal memberships and can help you access a copy of the research article.

Most of the time our data is looked at in real-time, then forgotten about. But this data often has powerful insights. We can learn from what we’re doing as individuals in the real-world, answering questions that have not been addressed by research before, like: How does insulin sensitivity change before, during, and after each menstrual cycle? How often should one adjust settings during pregnancy with type 1 diabetes? Can you detect growth spurts from your diabetes data? The list goes on and on. And the insights gathered from this data can fuel new tools, better APS technologies, and a better understanding overall of aspects of type 1 diabetes that previously has been obscured by noise.

If you’d like to contribute to research, one easy way to do it is to donate your diabetes data. You can donate to a couple of big repositories. If you use Nightscout, you can donate to the Nightscout Data Commons on Open Humans. This enables your data (which is anonymized during the upload process) to be used for various research projects. If you’re a DIY closed loop users, you can also donate to the OpenAPS Data Commons. Several studies, like the DIY studies discussed above, have been performed with this data. You’ll be directly powering new research projects when you donate your data! There are also places like the Tidepool Big Data Donation Project where you can donate your data.

Previous
10. HCPs and APS
Next
Conclusion 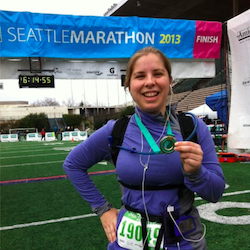